Environment Control has been in the building maintenance industry for six decades. While benefiting from the collective wisdom and buying power of a national janitorial service organization, we are locally owned, operated, and committed to the communities we serve and maintain.

From commercial offices to specialized healthcare facilities, we’ve got you covered.

Our Commitment to You

We’re dedicated to providing reliable service to our clients 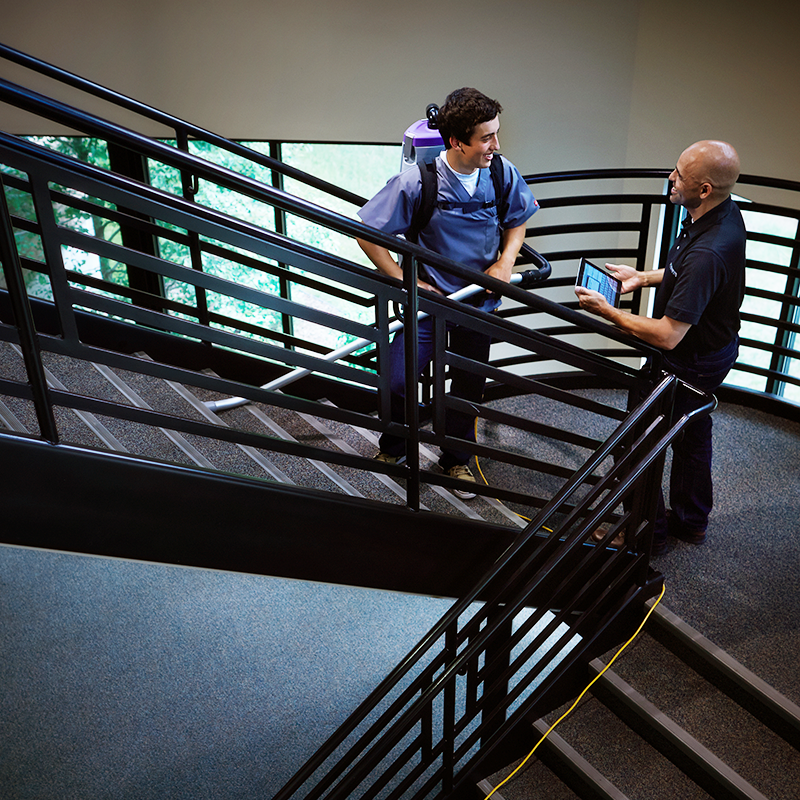 We record and review all aspects of our quality control system with both management and cleaners to confirm consistent service excellence. 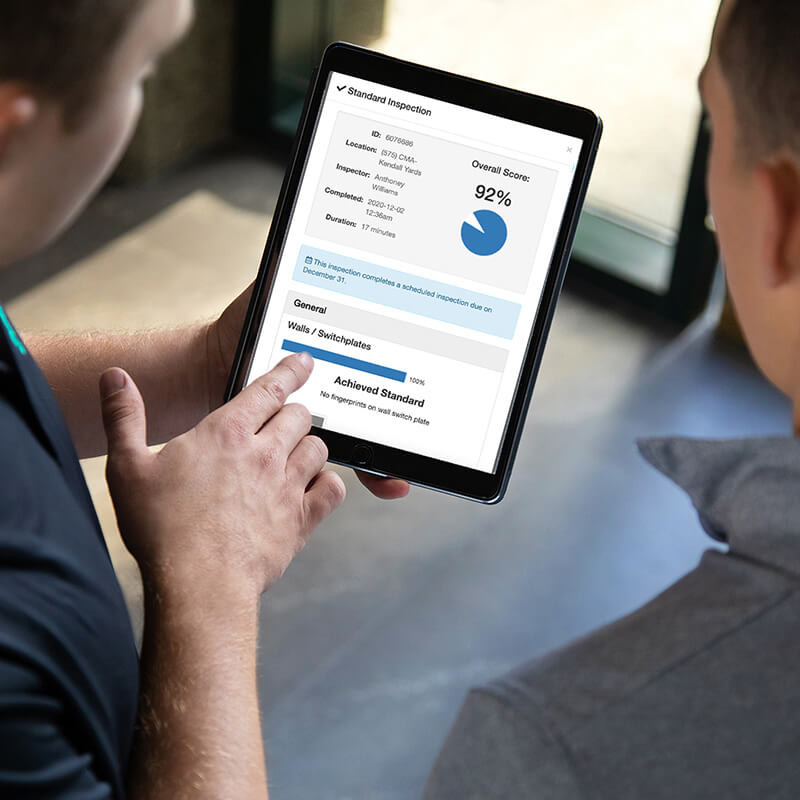 We regularly verify the quality of our work after the cleaning is complete. This reporting is shared with you and archived for our records. We also ask our customers to rate the quality of our service each quarter. This rating provides objective feedback regarding your individual satisfaction. 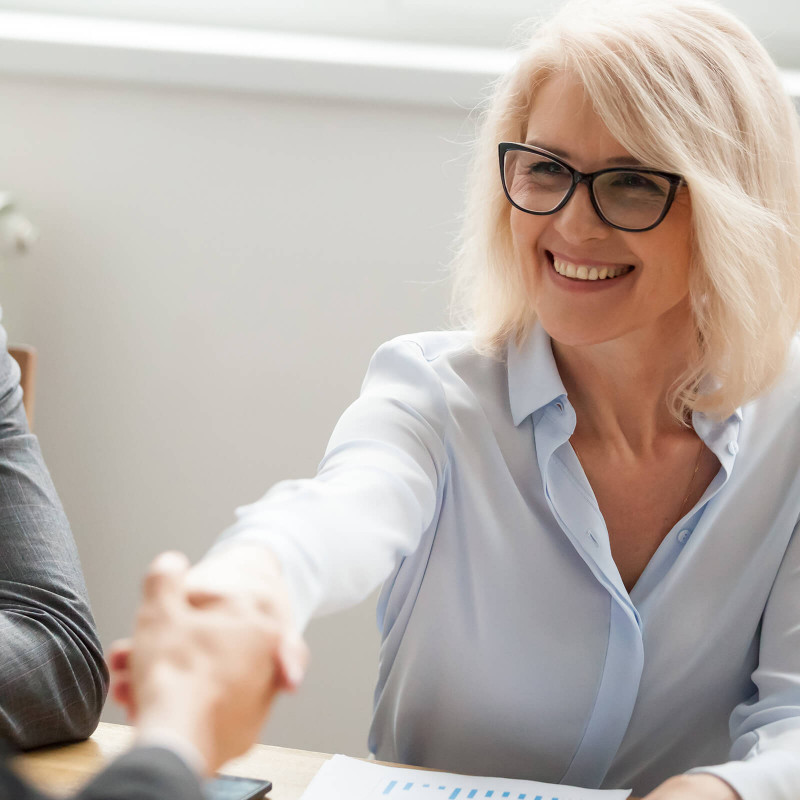 We take the initiative to visit each building during office hours to discuss your needs. We electronically track our customer communication and requests to ensure timely completion.

Tom began working for EC as a cleaner during high school. He left for college but worked off and on for EC through his grad school years. Over the course of 20 years, Tom has also done it all. He became Executive Vice President of EC in 1996, managing all of the company’s Support & Development functions, including human resources, information systems, sales and marketing, and ongoing research & development. In 2002, Tom took on the management of EC Operations. In 2014, upon John Lamb’s retirement, Tom took on the role of CEO of the company.

Tom has had a lifelong passion for music and, if he were not working for EC, he’d likely be working in the music industry. He is a singer/songwriter and guitarist, and thanks to the encouragement and support of his wife, Melody, has produced a number of CDs in his home recording studio.

David has worked with Environment Control since 1992. He has moved through the ranks, doing it all: cleaner, Special Services team member, Special Services Manager, Operations Manager in Madison, Operations manager of our Fox Valley branch, Regional Business Development Manager, Director of Sales. In 2013 David was promoted to Vice President of Sales in recognition of his accomplishments. In 2017, David took up the challenge of leading company Operations as Chief Operations Officer. David has a wealth of skills and experience in all aspects of cleaning operations, sales, and business development.

Married to Gina (also a longtime EC employee), David likes to play disc golf in his free time, which, unfortunately, with 3 children does not happen often enough.

Maria came to Environment Control in 2016 and since then has truly helped us build a strong network of referrals for recruitment. She is bilingual and also makes really delicious tamales, which she occasionally shares with her coworkers, much to their delight.

April has been with Environment Control hiring like crazy for our growing Greater Milwaukee branch operations. She is an awesome recruiting force of nature and doesn't break too many cell phones (although she won't admit it).

Eduardo joined Environment Control in 2018 as Operations Manager in Madison. Before moving to Madison, he was based in Eau Claire working for a company that had him managing a multi-state territory. He was glad to be able to focus on serving a smaller geographical area with more diverse customers. Eduardo is serious when it comes to work but also enjoys a good celebration.

Gaby joined Environment Control along with her husband, Eduardo Garcia, in 2018 as Sales Representative for the Madison area. She really enjoys helping new customers design the service plan that fits their specific needs. Gaby has been steadily cultivating prospects and adding to our new customer base in south-central Wisconsin. She also loves to laugh.

Miguel is a classic Environment Control "boomerang employee." He joined Environment Control a few years ago as a Sales Representative, then left for a period of time, then recently returned when the opportunity arose to work in both Operations and Sales based at our Appleton office. Always friendly, Miguel can tell you a lot about cars and his sales philosophy. In late 2020 Miguel was promoted to the position of Senior Operations Manager assisting the Operations Managers in our Fox Valley and Milwaukee branches while focusing more on sales in Fox Valley. We are glad he's growing with us.

Heather joined Environment Control in late 2019 after a previous career in Janitorial Operations and Sales. Starting out in Operations, she never thought she would enjoy doing sales work. However, once she gave it a try, she really loved it. What does she really like about it? She likes talking with people and helping match them with the services they really need. Thanks to her our company has been gaining new customers steadily. Welcome aboard, Heather!

Join our team of committed professionals, and enjoy a rewarding work environment.

Are you looking to join a company that cares about you? We know that our success depends on employee satisfaction and are committed to creating a work environment that satisfies, encourages, and motivates.

We value every member of our team and consider each person to be part of our family. We prove our care for people in the way we have treated our customers and employees for six decades.

Our Employees deserve the best

Looking for an employment opportunity?

We are looking for motivated, talented, and caring people to join our team in Fox Valley.